With eight events left in the 2023 LPGA season, it’s crunch time for players needing to make a move. The top 60 players on the Race to CME Globe points list gain entry into the season-ending CME Group Tour Championship, where anyone in the field can win the top prize in women’s golf of $2 million. The last player in this year’s field is guaranteed to make at least $40,000.

Last week’s winner, Ally Ewing, jumped from 71st to 30th with her victory in Cincinnati. Maria Fassi, who finished a career-best solo third, jumped from 96th to 67th, just outside the mark. The story around Fassi suddenly shifted from possible Q-Series to possible Tour Championship.

Matilda Castren of Finland hits her tee shot on the 11th hole during the second round of the CP Women’s Open at Ottawa Hunt and Golf Club on August 26, 2022 in Ottawa, Ontario, Canada. (Photo by Vaughn Ridley/Getty Images)

Last year was the first time Matilda Castren qualified for the CME, but we’ve come to expect so much of her in so little time. The first player from Finland to win on the LPGA in 2021, Castren’s best finish of this season came at the Dow Great Lakes Bay Invitational, where she finished second with teammate Kelly Tan. She has only one other top 10 finish on the season. 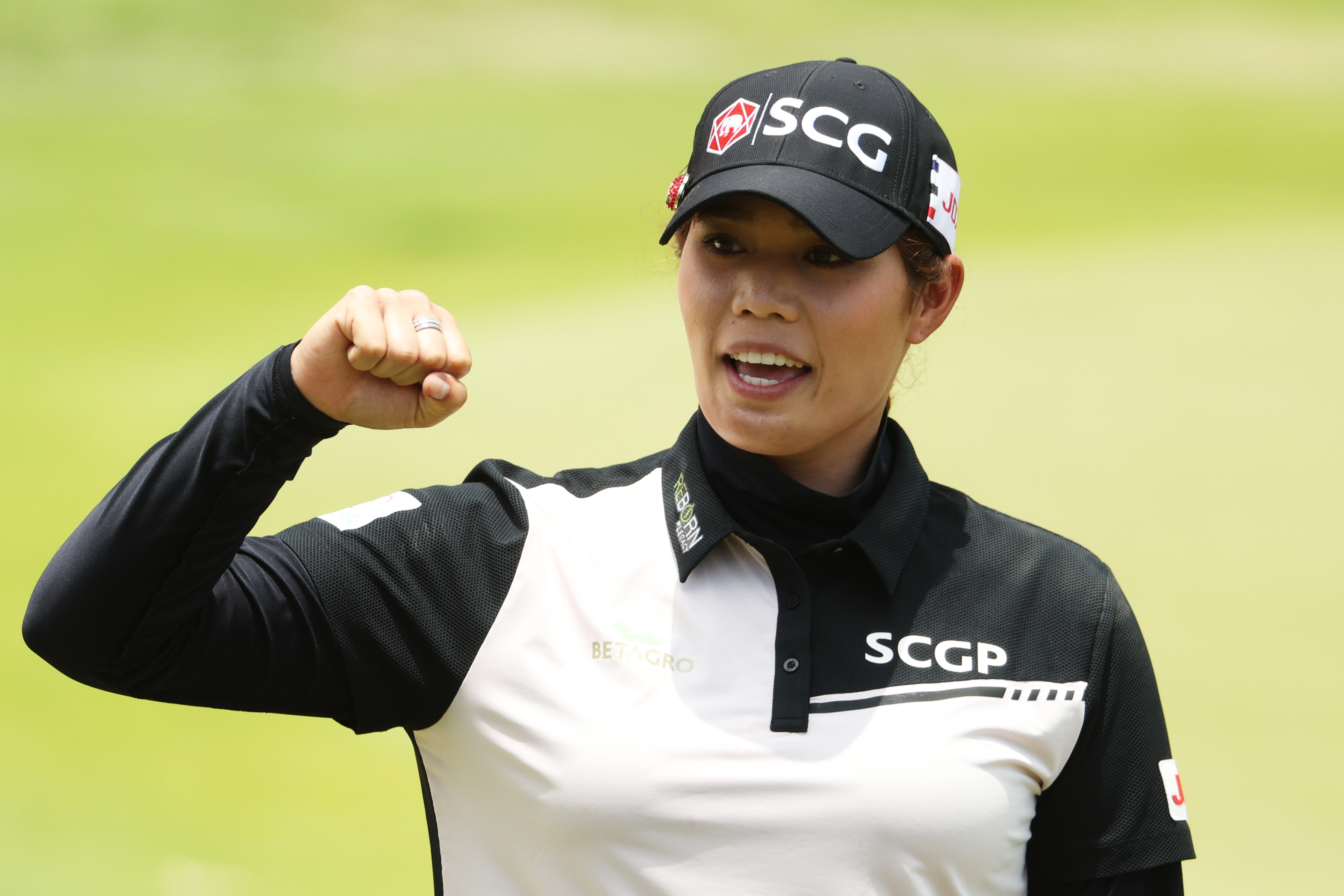 Ariya Jutanugarn of Thailand celebrates on the eighteenth green during the Third Round of the HSBC Women’s World Championship at Sentosa Golf Club on March 05, 2022 in Singapore. (Photo by Andrew Redington/Getty Images)

After battling injuries this season, Ariya Jutanugarn has been on a tear of late, carding 11 consecutive rounds in the 60s prior to Sunday’s final-round 74 in Cincinnati. Four straight top 30 finishes has moved Jutanugarn up the points list. She won the CME in 2017. 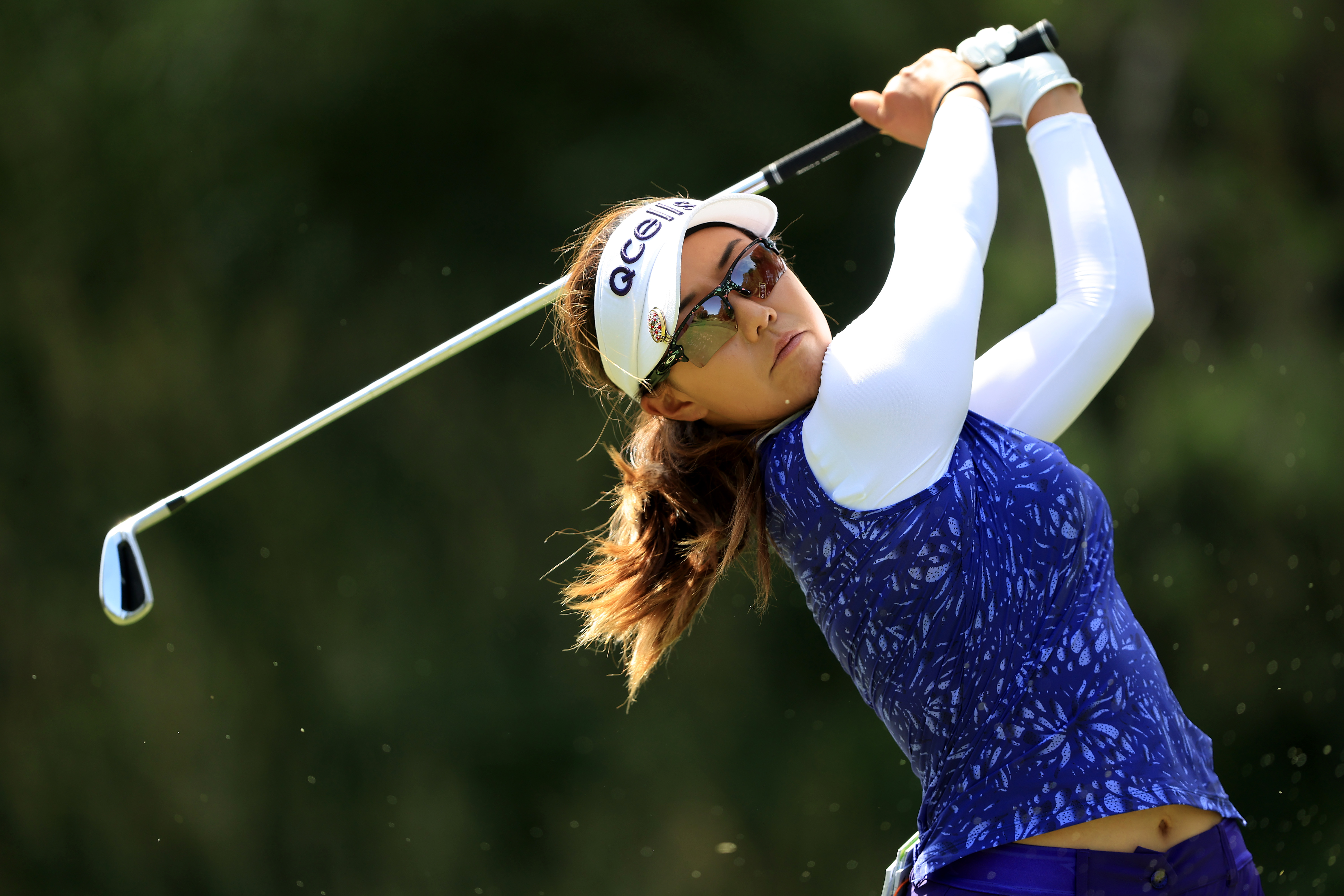 Jenny Shin of South Korea hits a drive from the 8th tee during the Bank of Hope LPGA Match-Play Hosted by Shadow Creek at Shadow Creek Golf Course on May 28, 2022 in Las Vegas, Nevada. (Photo by Sean M. Haffey/Getty Images)

South Korea’s Jenny Shin has competed in every CME Group Tour Championship since 2011. She’s not too far off the mark this year, however, currently six spots outside the cutline. Shin had a string of three top 10s in the middle of the season but hasn’t cracked the top 30 since the KPMG Women’s PGA. 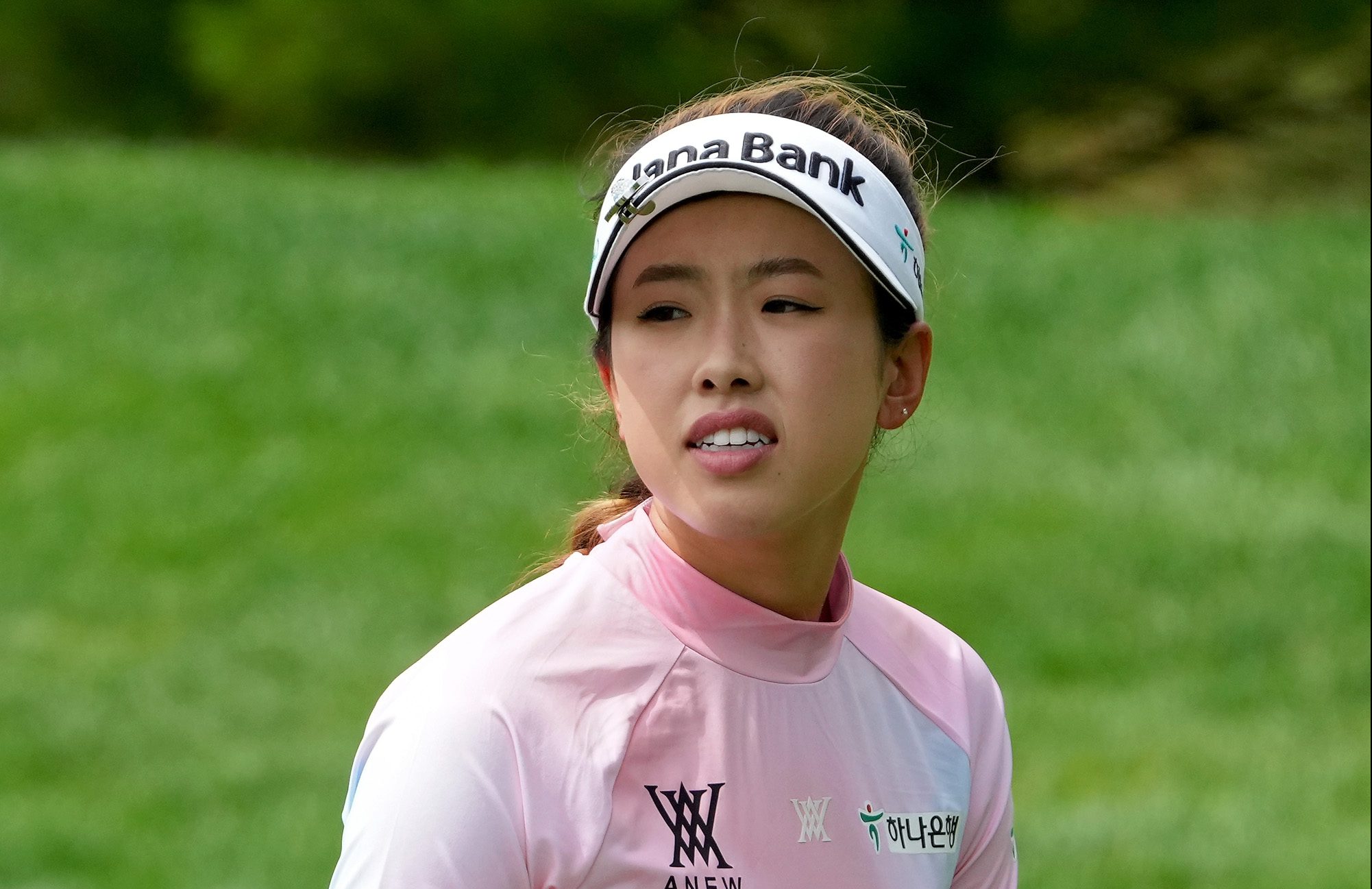 Yealimi Noh of the United States walks to the sixth tee during the third round of the Dow Great Lakes Bay Invitational at Midland Country Club on July 15, 2022 in Midland, Michigan. (Photo by Dylan Buell/Getty Images)

Yealimi Noh played her way into the CME Group Tour Championship as a rookie in 2020 and 2021, finishing T-28 and T-30. After three missed cuts in the UK and Europe, Noh has a pair of top-20 finishes in her last two starts. She’s trending toward a late push. 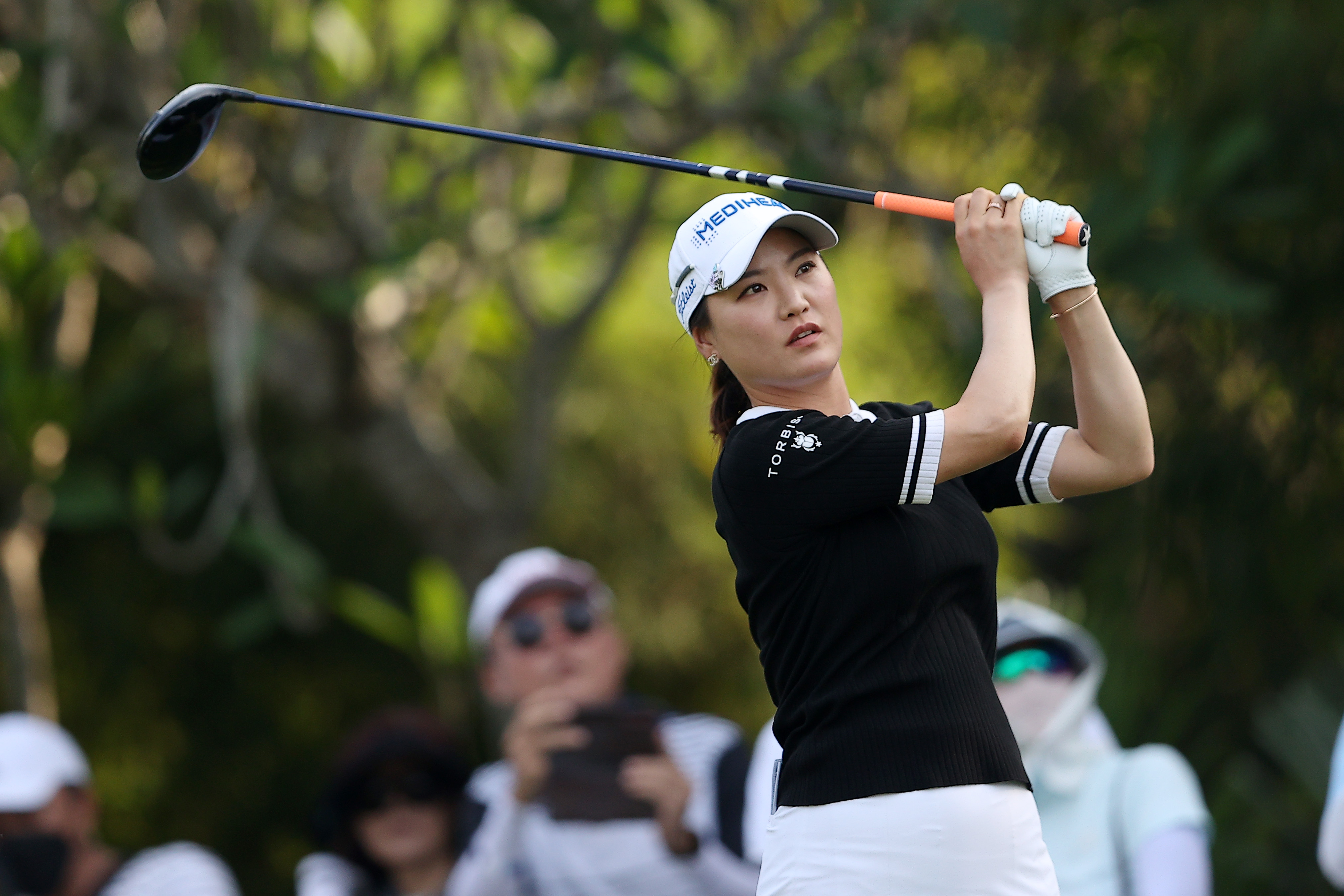 So Yeon Ryu of South Korea hits her tee shot on the 3rd hole during day three of the Simone Asia Pacific Cup at Pondok Indah Golf Course on August 20, 2022 in Jakarta, Indonesia. (Photo by Robertus Pudyanto/Getty Images)

So Yeon Ryu, a former No. 1, has only one top-10 finish this season at the Amundi Evian Championship. While she has missed only two cuts, she hasn’t seen many leaderboards.

Ryu hasn’t missed a CME since she joined the tour in 2012. In fact, she has six top-10 finishes at the event, including a pair of runner-ups. 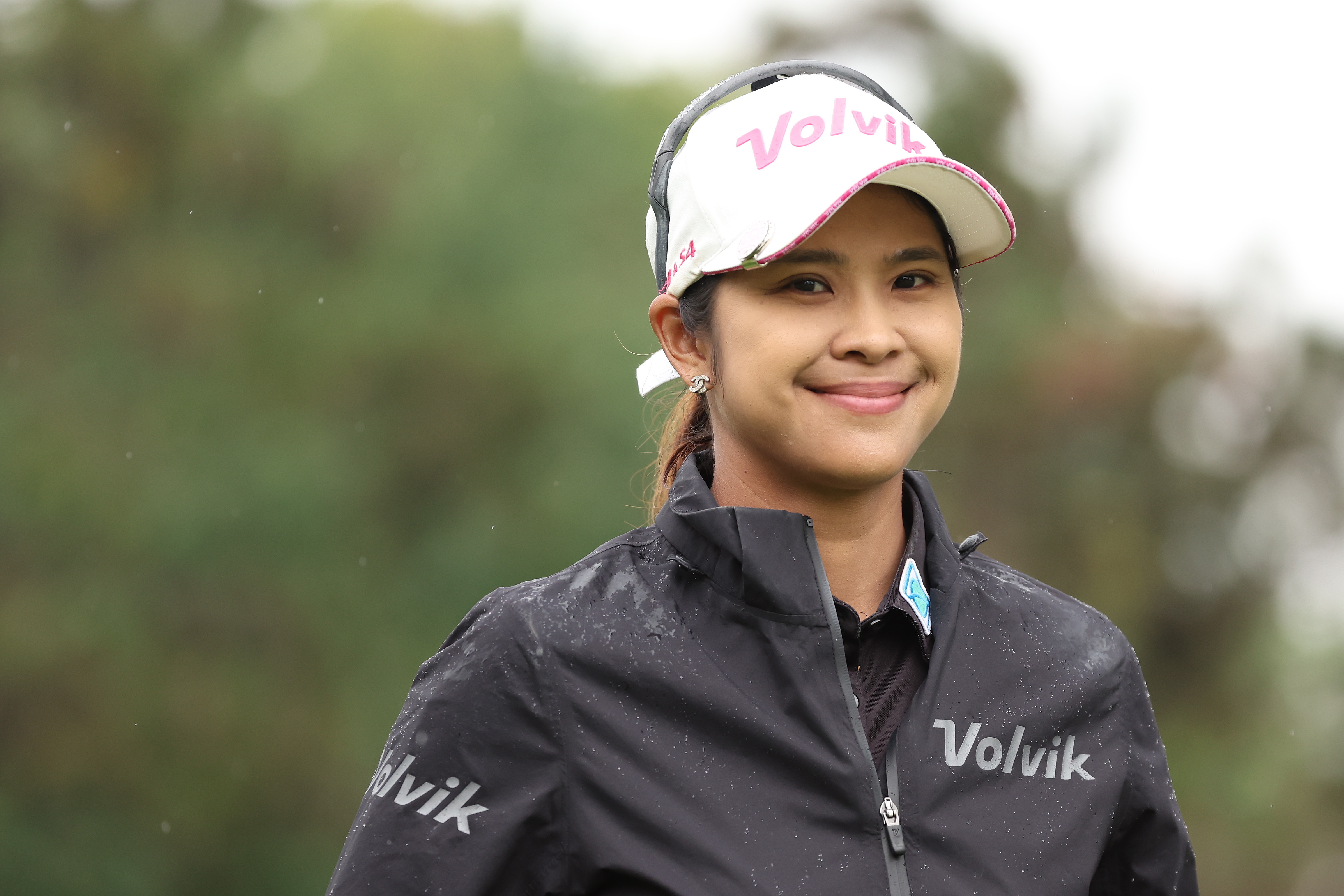 Pornanong Phatlum of Thailand walks off the second tee during the final round of the Dana Open presented by Marathon at Highland Meadows Golf Club on September 04, 2022 in Sylvania, Ohio. (Photo by Gregory Shamus/Getty Images)

From 2011 to 2019, Pornanong Phatlum never finished worse than 64th on the LPGA money list, enjoying a long stretch of consistent play. Since 2020, however, Phatlum hasn’t been nearly as effective. Her best finish of the season, a T-11, came last month in Northern Ireland. She’s in danger of missing the CME for a third straight year. 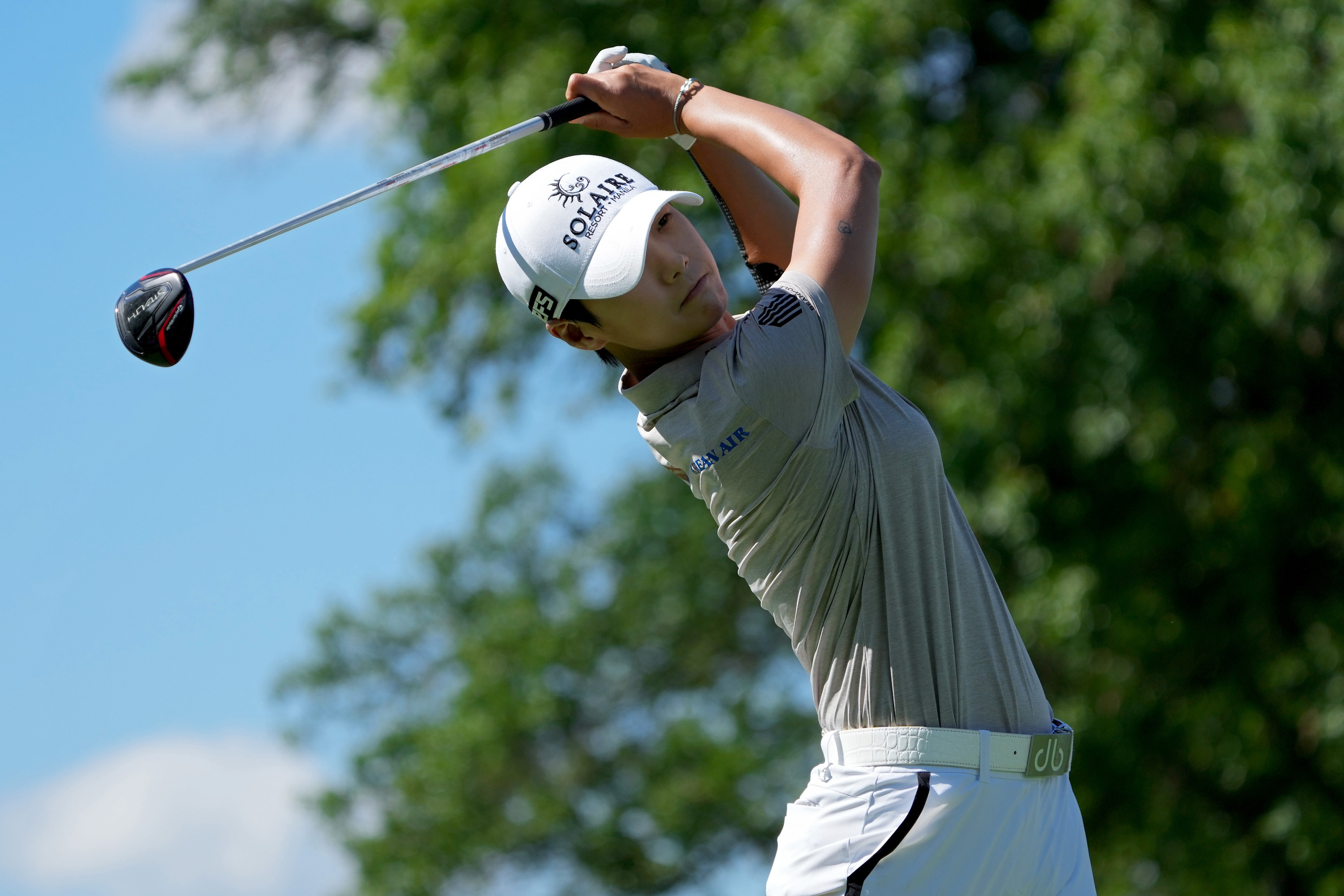 Sung Hyun Park of South Korea plays her shot from the 13th tee during the first round of the Kroger Queen City Championship presented by P&G at Kenwood Country Club on September 08, 2022 in Cincinnati, Ohio. (Photo by Dylan Buell/Getty Images)

Sung Hyun Park’s struggles continue as the former No. 1 currently ranks 116th in greens in regulation and 123rd in driving accuracy. A seven-time winner on the LPGA, including two majors, Park hasn’t recorded a top 10 since August of 2019.

(Park can play still 2023 under the major winner category and avoid Q-Series should she finish outside the top 100.) 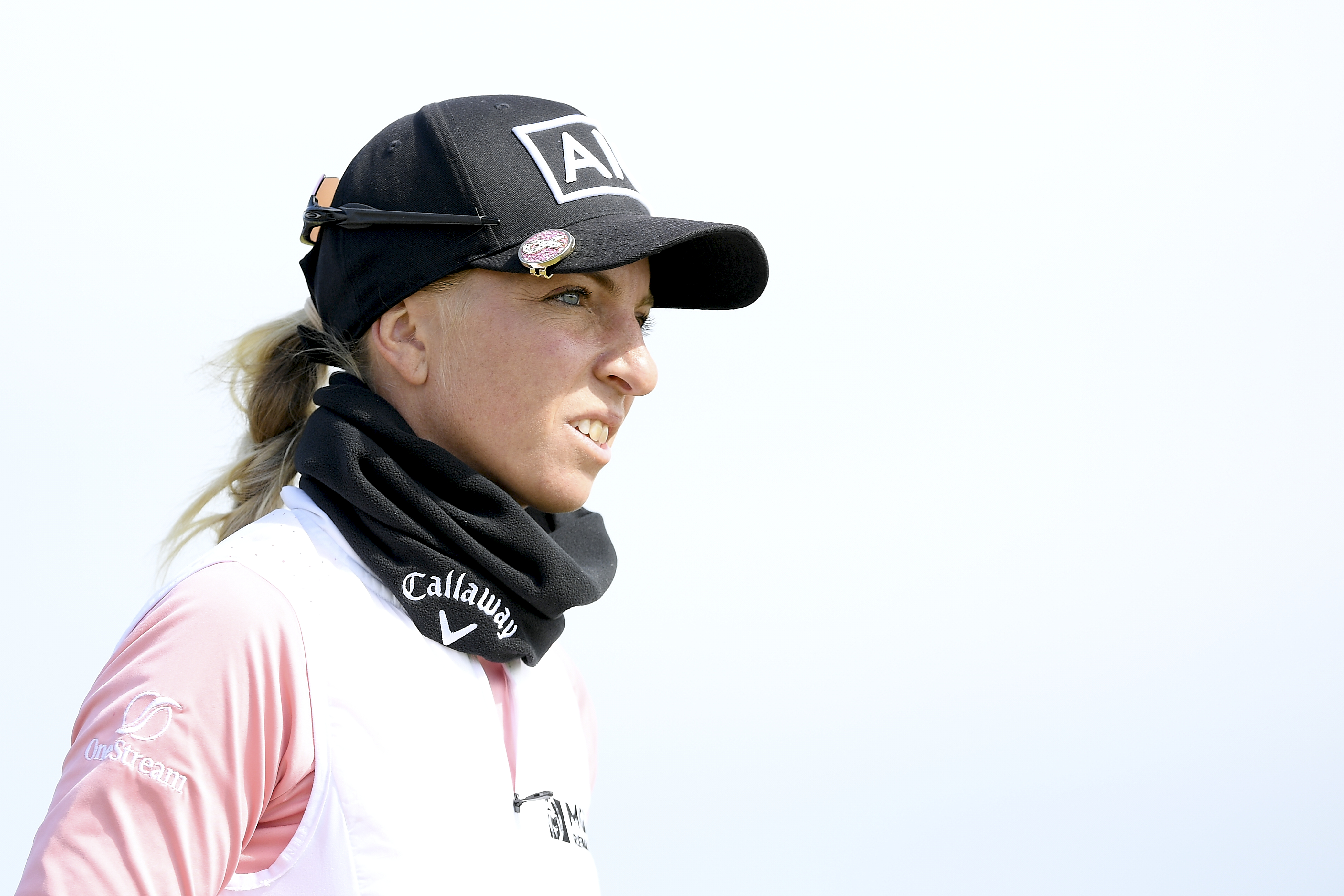 Sophia Popov of Germany plays her tee shot on the 12th hole during Day Two of the AIG Women’s Open at Muirfield on August 05, 2022 in Gullane, Scotland. (Photo by Octavio Passos/Getty Images)

After the CP Women’s Open, Sophia Popov posted on Instagram that she wouldn’t be competing for the rest of the season, citing shoulder pain. Her lone top 10 of the year came at the Dow team event.

“I’m not out here just to compete,” Popov wrote, “but hopefully win again.” 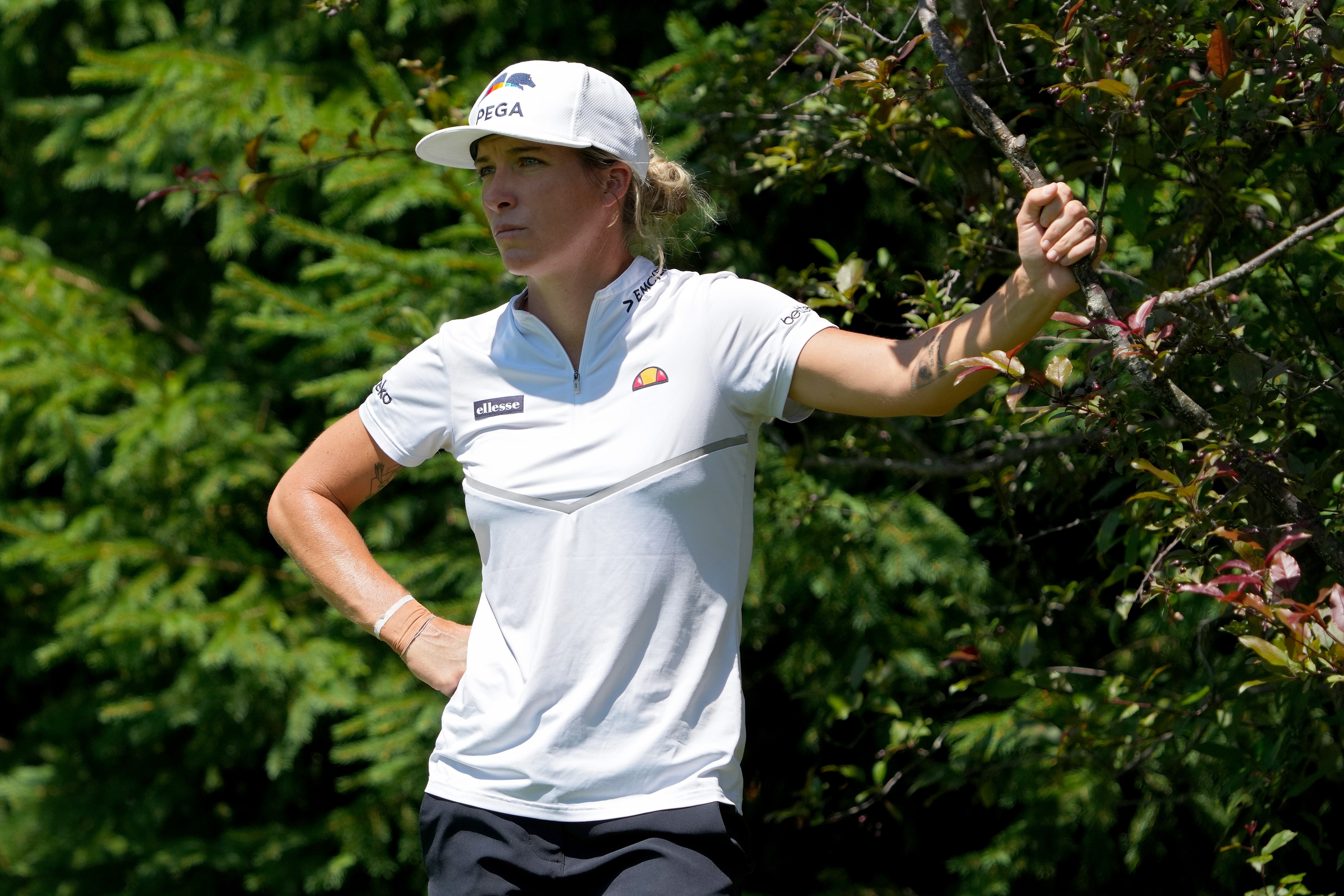 Mel Reid of England looks on from the sixth tee during the second round of the Dow Great Lakes Bay Invitational at Midland Country Club on July 14, 2022 in Midland, Michigan. (Photo by Dylan Buell/Getty Images)

After three consecutive missed cuts, Mel Reid found some light with a T-37 at the AIG Women’s Open, her best finish since the KPMG Women’s PGA (T-30). That momentum took a hit, however, when she withdrew from the Dana Open earlier this month with an injury after an opening 81.

Reid ranks 134th in driving accuracy, 133rd in greens in regulation and 130th in putting average. 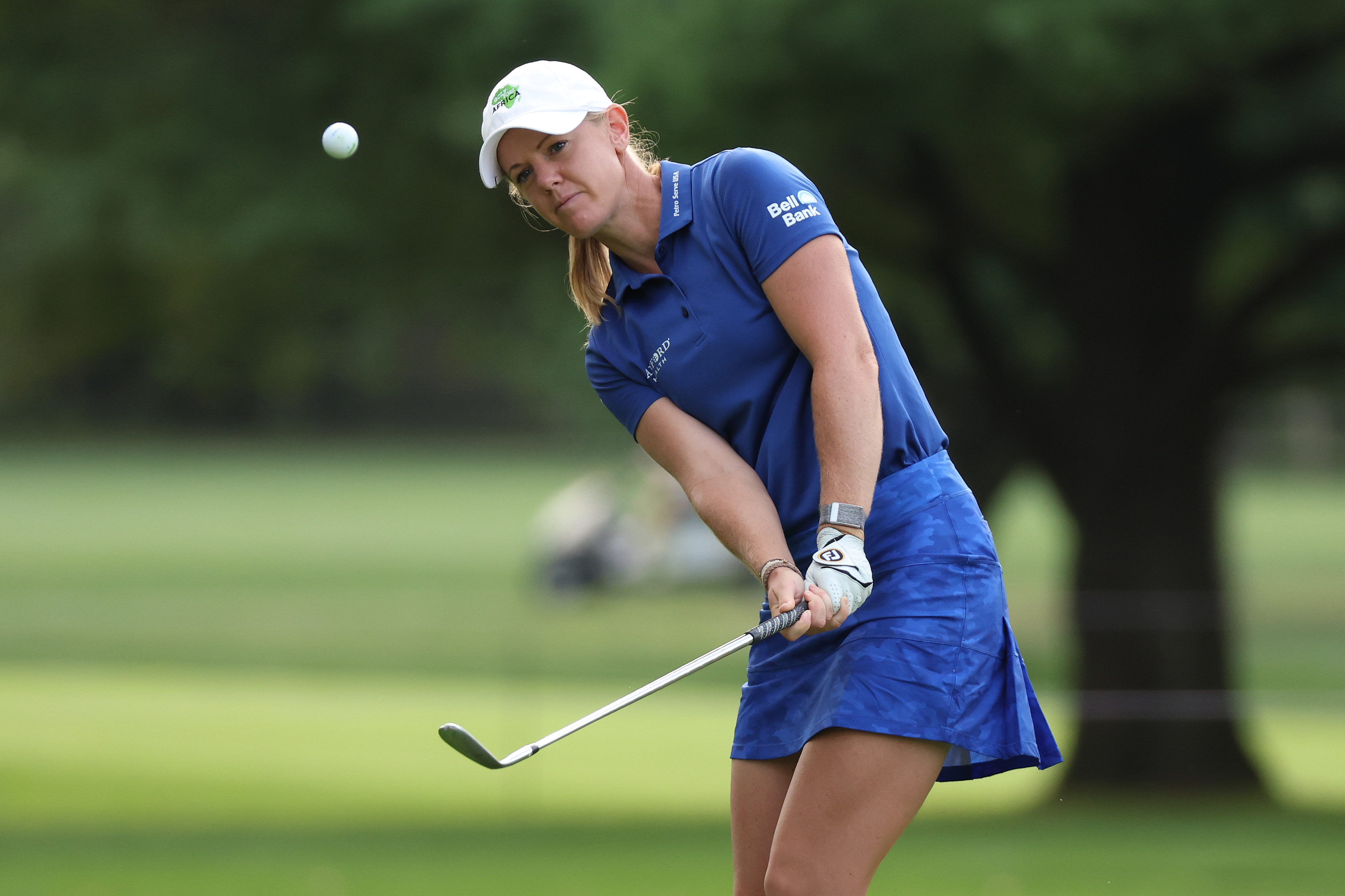 Amy Olson chips to the fifth green during the second round of the Dana Open presented by Marathon at Highland Meadows Golf Club on September 02, 2022 in Sylvania, Ohio. (Photo by Gregory Shamus/Getty Images)

It’s been a rough stretch of late for Amy Olson, who has the missed the cut in four of her last five starts. Her opening 66 at the Dana Open was her first round in the 60s since mid-June. A rookie in 2014, Olson has 13 career top 10s. She currently ranks 119th in greens in regulation and 123rd in driving accuracy.